Our Thermomix Chicken & Leek Pies are the perfect family dinner! Serve with mashed potato and steamed vegetables for an easy midweek meal. 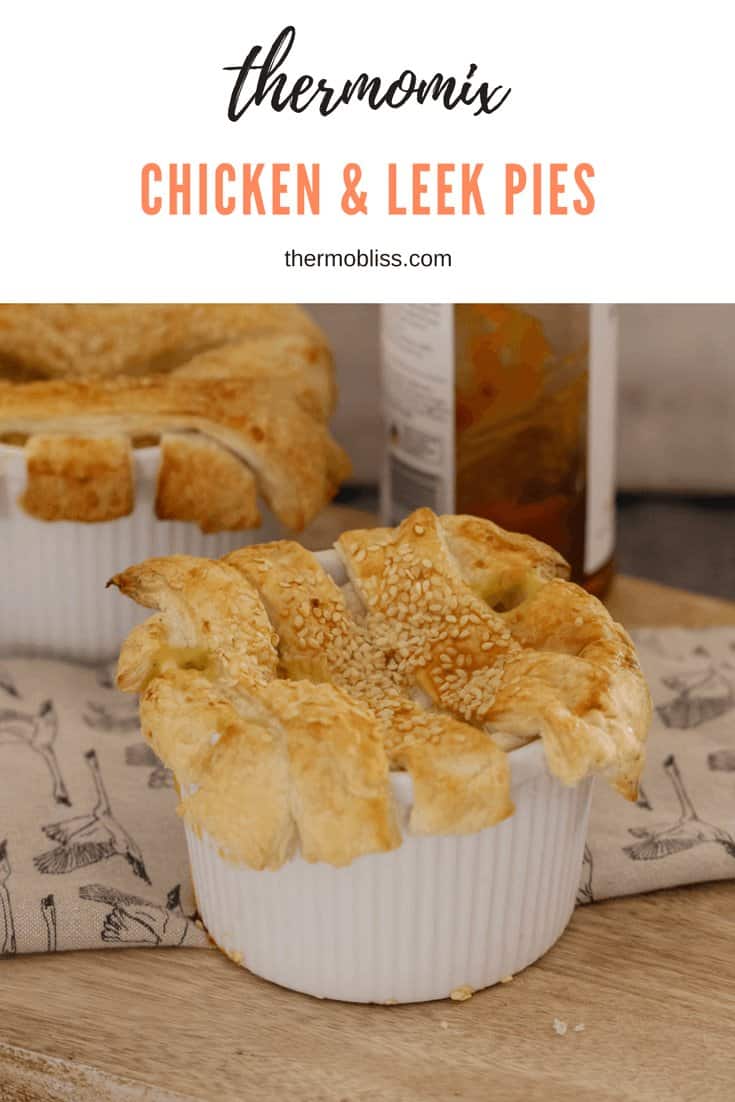 When the weather cools down, it's all about the pies in our house! And these Thermomix Chicken & Leek Pies are always a massive hit. 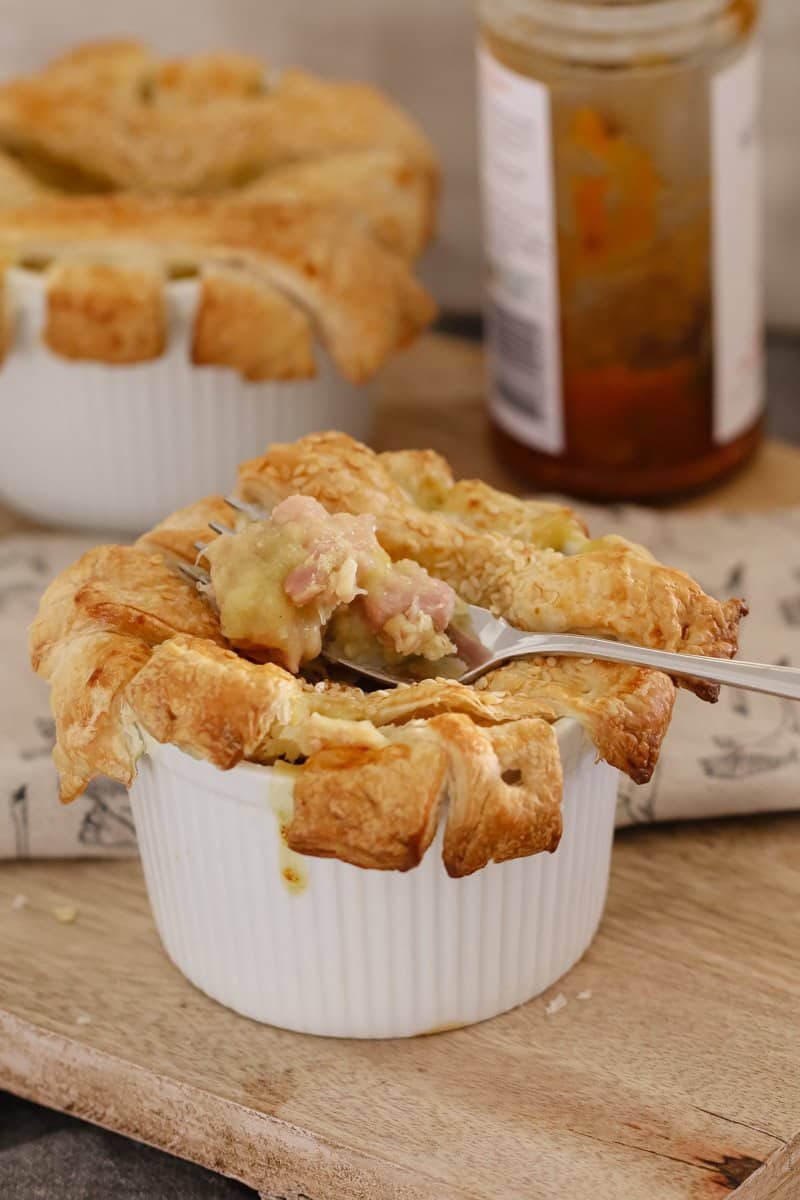 The creamy filling is packed with leek, bacon and chunks of chicken, while the crispy pastry tops it off perfectly. You can absolutely make your own pastry in the Thermomix instead, but I like to use puff pastry when I'm making these Thermomix Chicken, Bacon & Leek Pies during the week (think... a quick and easy dinner!!) 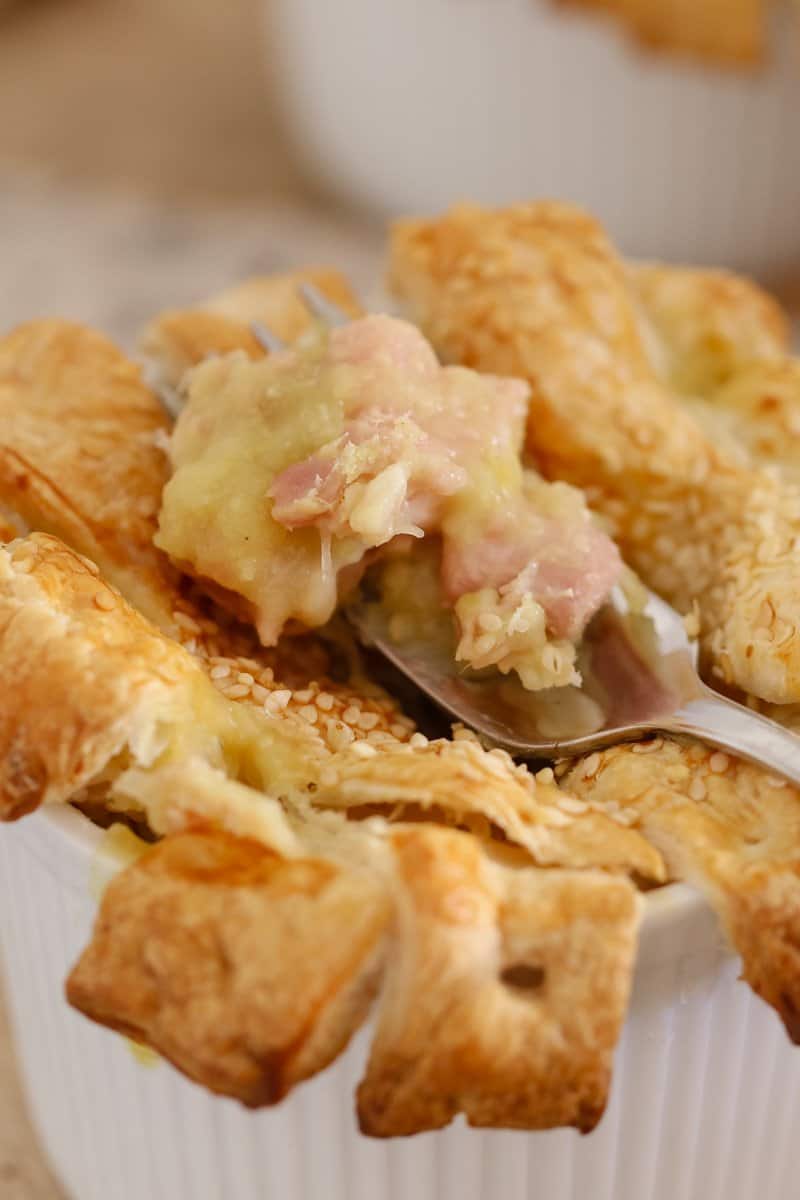 So if you're after a family-friendly (and even toddler-approved!) dinner, then these Thermomix Chicken & Leek Pies are definitely for you! 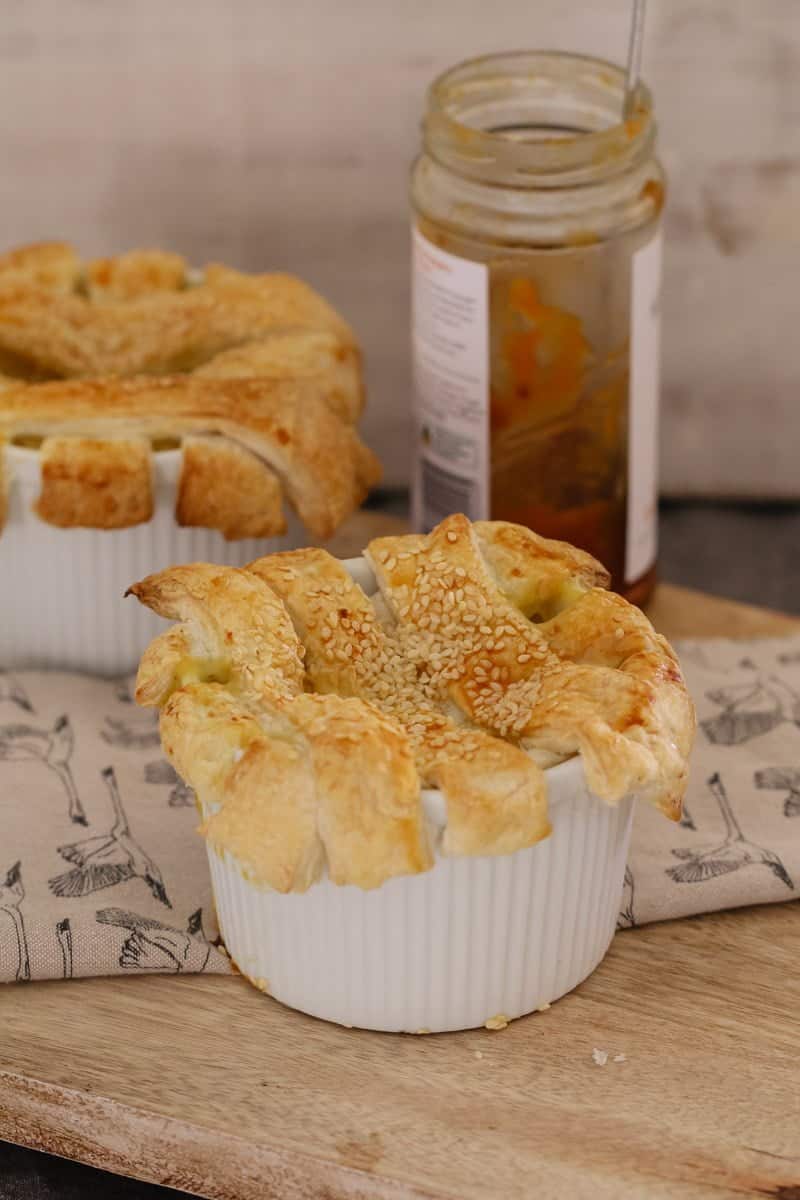 For more great Thermomix dinners, check out our 'Thermomix Dinners eBook Bundle... 2 for $15! 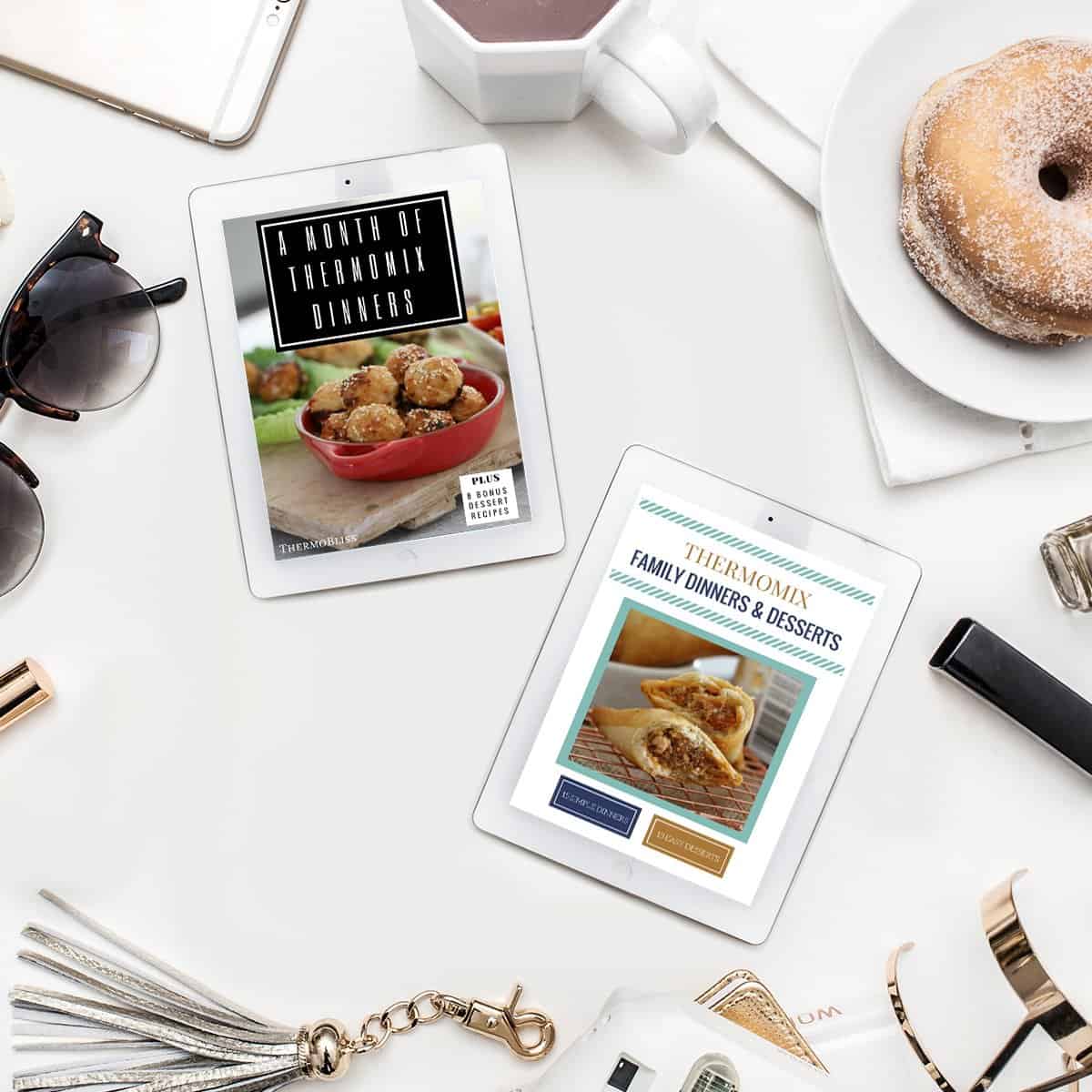 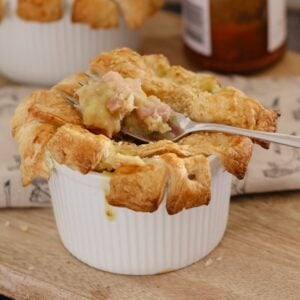 I used Bulla cooking cream in this recipe as it doesn't curdle when cooked.  If the mixture is too runny for your liking when it's finished cooking in the Thermomix, dissolve 2 tbs cornflour in a little water and mix through on Speed 2, Reverse before diving between the ramekins.  If you make 1 large pie (rather than individual ones), you'll need to increase the cooking time in the oven to approximately 35 minutes.
Tried this Recipe? Share it Today!Mention @Thermobliss or tag #Thermobliss!