These Thermomix Cinnamon Finger Buns are one of my boys' (ok, and mine!) favourite snacks! 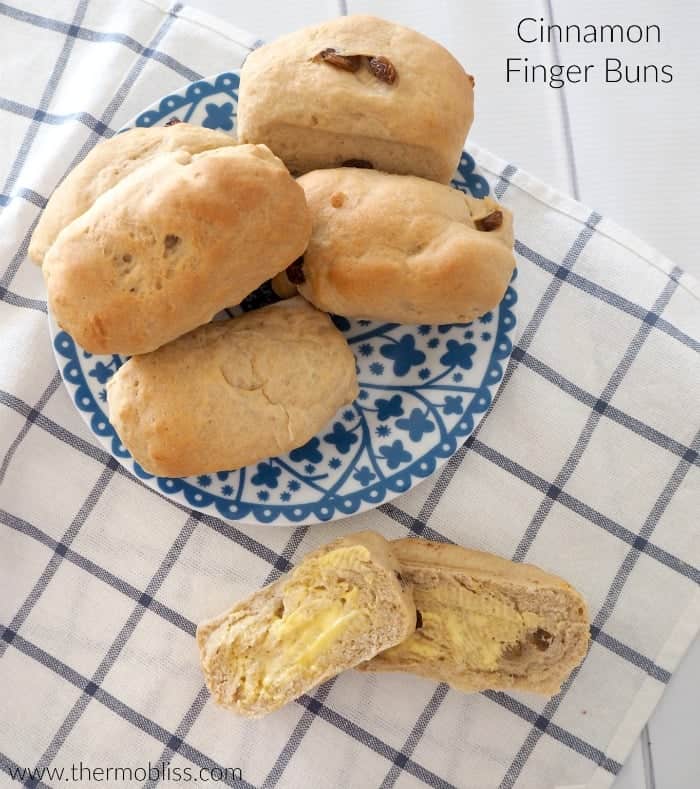 I've been making this Finger Bun recipe from Thermomumma for ages now and the boys just LOVE eating one of these fresh from the oven.  I've made a couple of modifications to the recipe (as I just can't resist doing!) to turn these into Cinnamon and Sultana Finger Buns which taste just like the store bought Hot Cross Buns. 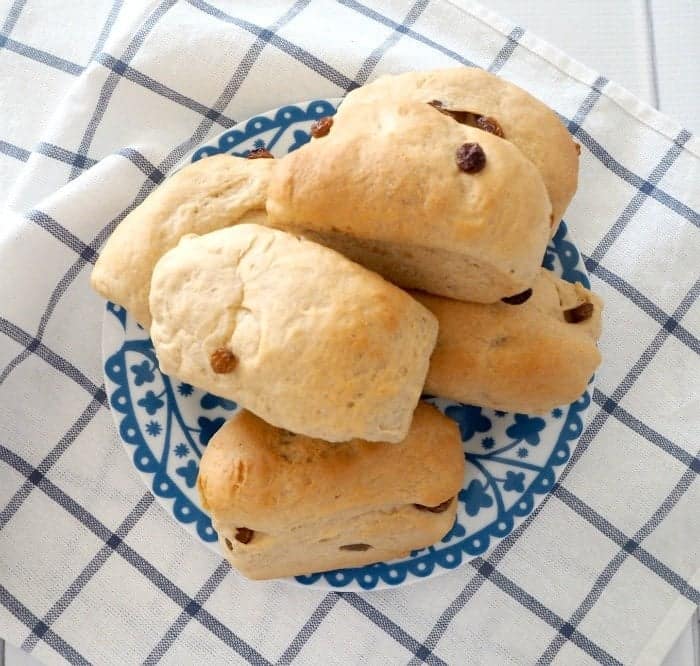 To make life easier, I add the sultanas to the dough and knead them through for a couple of minutes, however if you prefer to have the sultanas kept whole (they do break up a little when kneading in the theme) then simply knead them through by hand before letting the dough rest.  These Thermomix Cinnamon Finger Buns are freezer friendly too and I just pop one frozen into our little guys lunchbox and it's defrosted and ready for him to eat by morning tea time.  I also use two silicon mini loaf tins that I got from Kmart to make these Finger Buns in, however you can also cook these on a baking tray too. 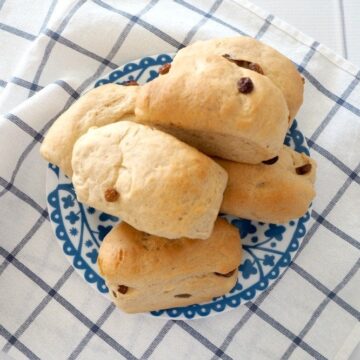 These Cinnamon Finger Buns can be stored in the freezer. You can also glaze these Finger Buns while they are still warm. Combine 1 tablespoon of Apricot Jam with 2 tablespoons of water and heat in the microwave for 30 seconds. Stir with a fork to combine the ingredients and then use a pastry brush to apply the glaze to the finger buns.
Tried this Recipe? Share it Today!Mention @Thermobliss or tag #Thermobliss!